Your guide to the essentials of wireless technology

Wireless technology has come a long way since the invention of radio communication in the late 19th century. The first wireless telegraphy systems were used to transmit Morse code messages, but over time they evolved to transmit speech and other forms of data.

In the early 20th century, commercial wireless communication services were introduced, including radiotelephony and radiotelegraphy for maritime and aeronautical use. These early wireless networks were analog and operated on a limited number of frequencies.

In the 1980s, the development of cellular networks such as AMPS (Advanced Mobile Phone System) in the United States and GSM (Global System for Mobile Communications) in Europe revolutionized wireless communication. These networks allowed for more efficient use of the available frequency spectrum and paved the way for the widespread adoption of mobile phones. 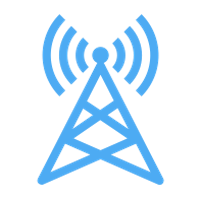 WiFi, or wireless local area networks (WLANs), also began to be developed in the 1990s. Unlike cellular networks, which rely on a network of towers to transmit and receive signals, WiFi networks use wireless access points (APs) to create a local network that can be accessed by devices within a specific area, such as a home or office.

The major difference between WiFi and cellular networks is their scope of coverage. Cellular networks provide wide area coverage, allowing users to connect to the network and access the internet from almost anywhere. WiFi networks, on the other hand, provide a limited area of coverage, typically within a single building or campus. 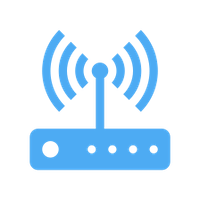 Another difference is the way they handle data transfer, Cellular networks often use licensed frequency spectrum while WiFi uses unlicensed frequency spectrum. This means that cellular networks are more reliable and have higher security, but also more expensive. WiFi networks, on the other hand, are less expensive and more easily accessible, but may have lower security and reliability.

In recent years, the use of wireless technology has expanded to include a wide range of devices, from smartphones and tablets to smart home devices and IoT devices. The demand for wireless connectivity is only expected to continue growing in the future, driving the development of new and advanced wireless technologies. This requires new wireless networks to be built to support the growing demand for wireless. 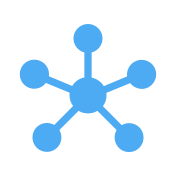 Although wireless networks can be complicated and confusing, we’ll break it down into simpler terms to understand the fundamentals of building a network. We’ll also provide a cheat sheet of common terms used in the wireless industry.  In short, a wireless network aims to connect a device to another device, which is typically connected to the Internet, and the two devices typically communicate by transmitting and receiving radio waves.

The hardware used for wireless communication between devices

Are you a wireless operator? Learn about how Airwaive can help you build your network.